Leadership as strong as a rock

Our leaders know the industry inside out.  They have the right balance of passion, pride, family-value culture, levelheadedness, and ability to think outside the square.

Founded as Waiotahi Draglines Ltd in 1957 by brothers Buddy, George and Dick Bennett and their partner Len Gordon, the company initially had a single dragline intended for use on the Bennett Bros farm, hence the company name.

In 1962, Richard Claydon (known as ‘Father’) joined the company and over time bought the business outright.

Three years later Robbie Petersen joined the company and the duo managed the business for the next 50 years before handing the reigns over to their sons Henry, Stephen, Michael, Phillip, Andrew and Spike in 2020.

Today, Richard and Robbie have stepped back from the front-line management of the business, leaving this task in the capable hands of their second generation. 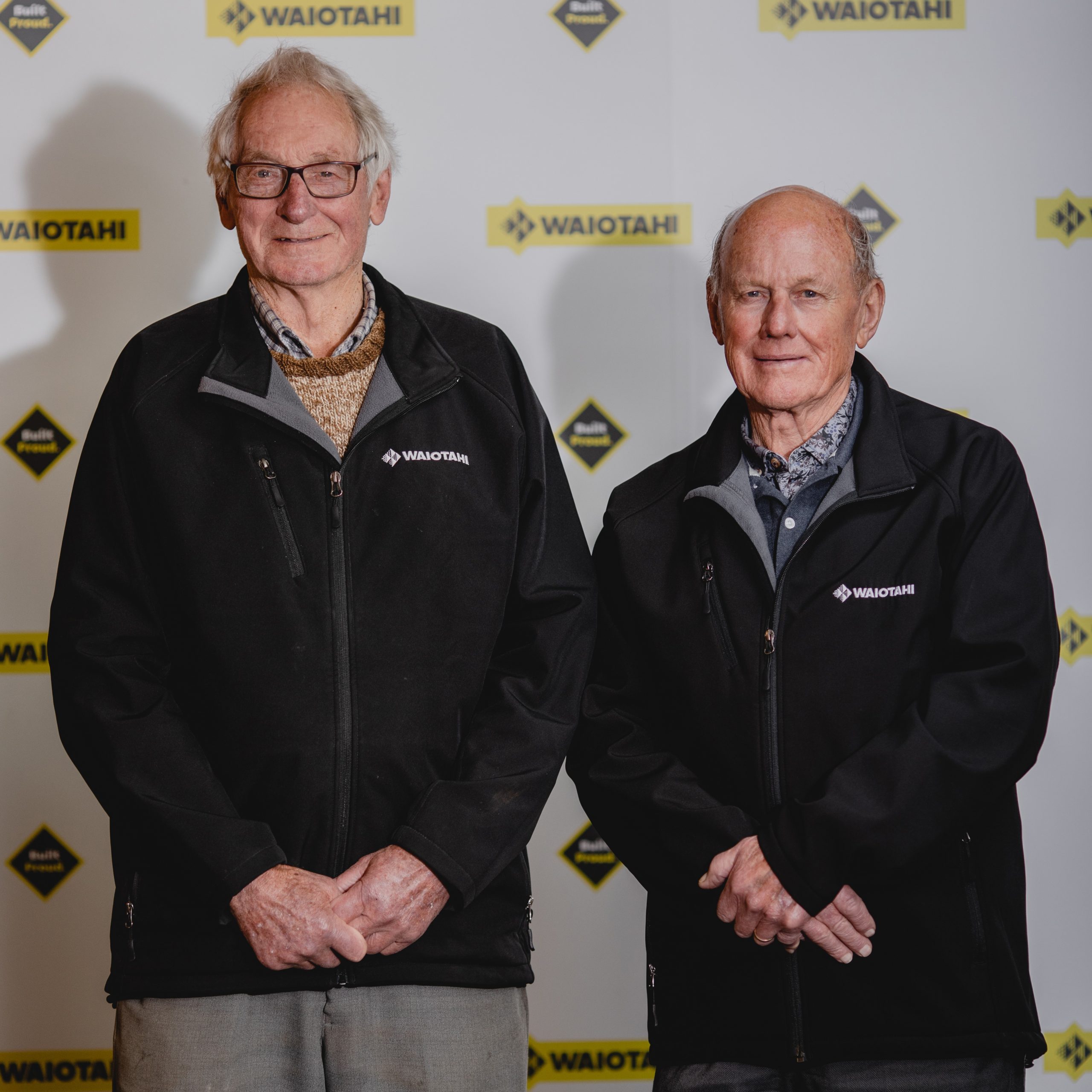 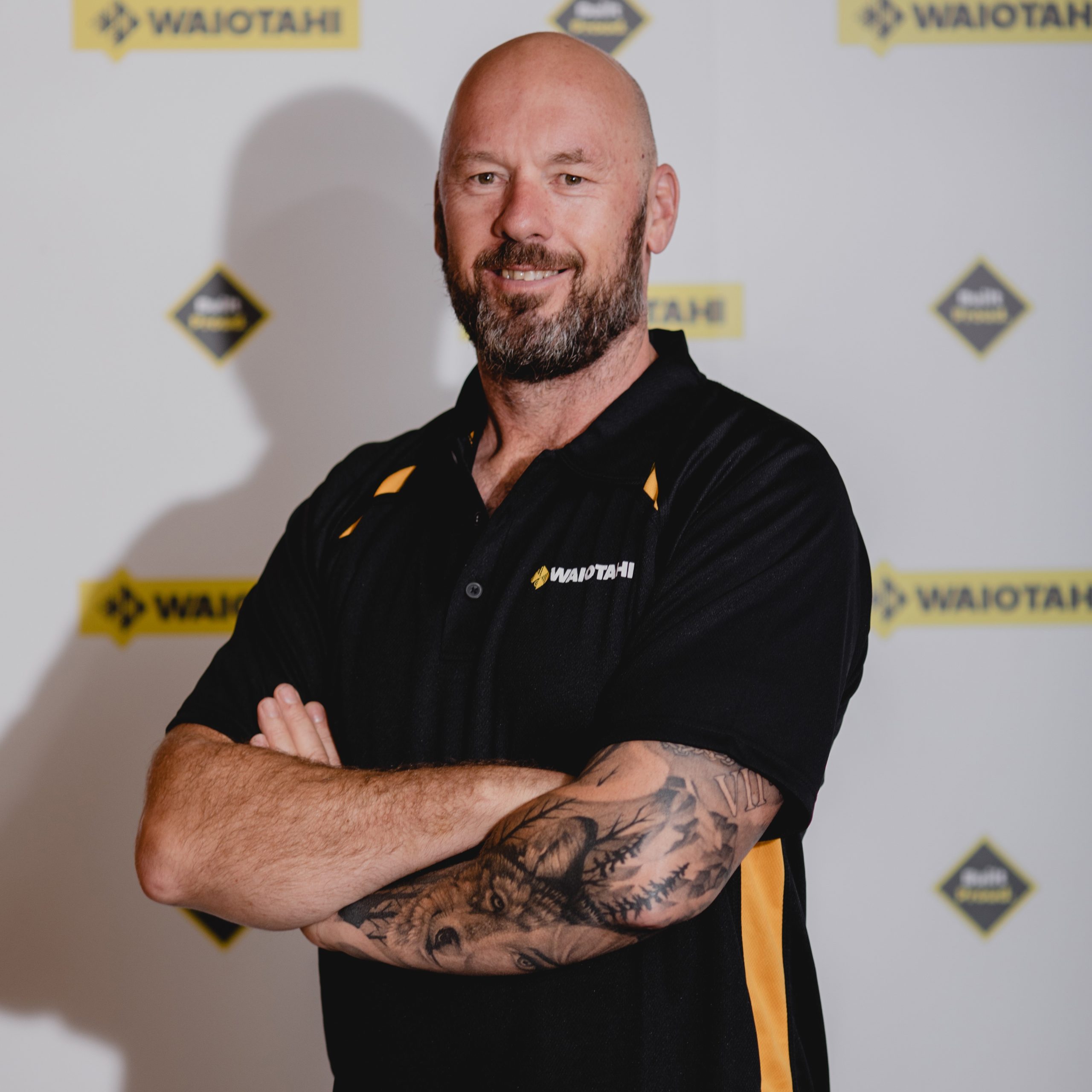 With over 33 years experience in the industry, Henry knows what’s what when it comes to civil construction.

Although Henry had been coming into work regularly for many years as a kid, he officially began his career with Waiotahi as an excavator operator in 1988 at the age of 17.

After 10 years on the machines, Henry relocated to Auckland to attend UNITEC Institute of Technology where he completed his NZCE (Civil).  He then returned to Waiotahi and successfully project managed numerous drainage, roading and site works projects over the next 10 years.

In 2006 Henry was appointed a Company Director and completed his Diploma in Business in 2015.

All his hard work paid off in 2017 when he was promoted to Managing Director.

He didn’t stop there.  In 2018 he completed a Bachelor of Business through the University of Waikato majoring in finance and strategic management, all the while successfully overseeing the business.

Henry’s determination, passion, drive and commitment to the business align with Waiotahi’s company values and his vision to make Waiotahi the Employer of choice in the wider Bay of Plenty region. 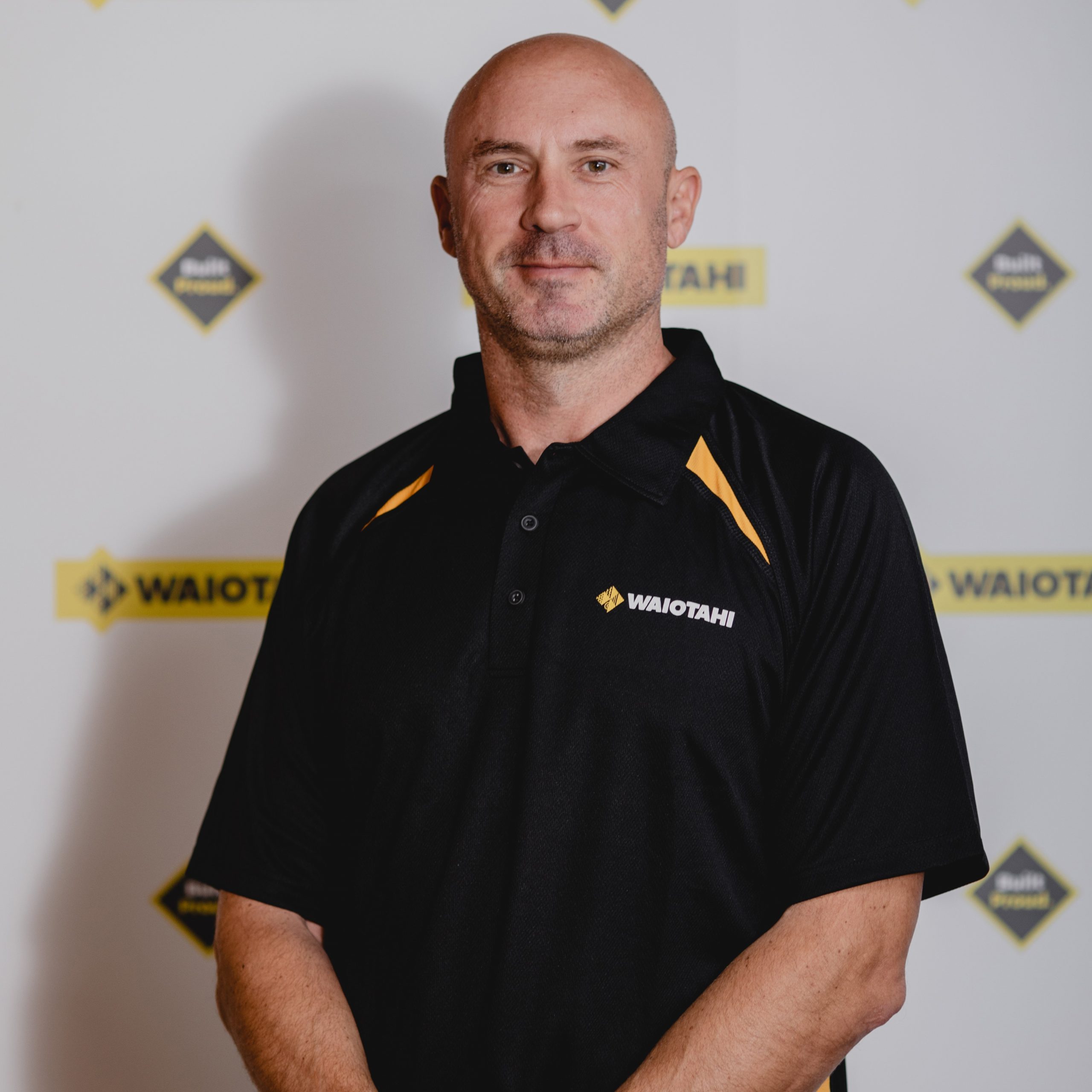 Phillip has over 26 years experience in the civil construction industry under his belt.  He started with the Company fresh out of high school as a labourer and machine operator at the age of 16.  In the initial stages of his career, he established a strong foundation within the industry working on various general site works, drainage, bulk earthworks and road construction projects.

In 2009 Phillip took a four-year break from full time employment to complete a Civil Engineering Degree at Unitech Institute of Technology in Auckland.

After gaining his degree, he moved into Project Management and Estimation roles, both within Waiotahi and other NZ companies.  Five years later, Phillip decided to return to study and completed a Master of Business Administration (MBA) degree.

After successfully working for a variety of companies throughout New Zealand, Australia, and the U.K, Phillip gained extensive experience on numerous high profile civil infrastructure projects.

Returning to Waiotahi in 2019, he was employed as the Commercial Manager, Business Development Manager, and Business Unit Manager for Waiotahi Quarries.

Phillip was appointed a Company Director in September 2019 and has proven himself as a strategic thinker with a passion for Waiotahi and its company values. 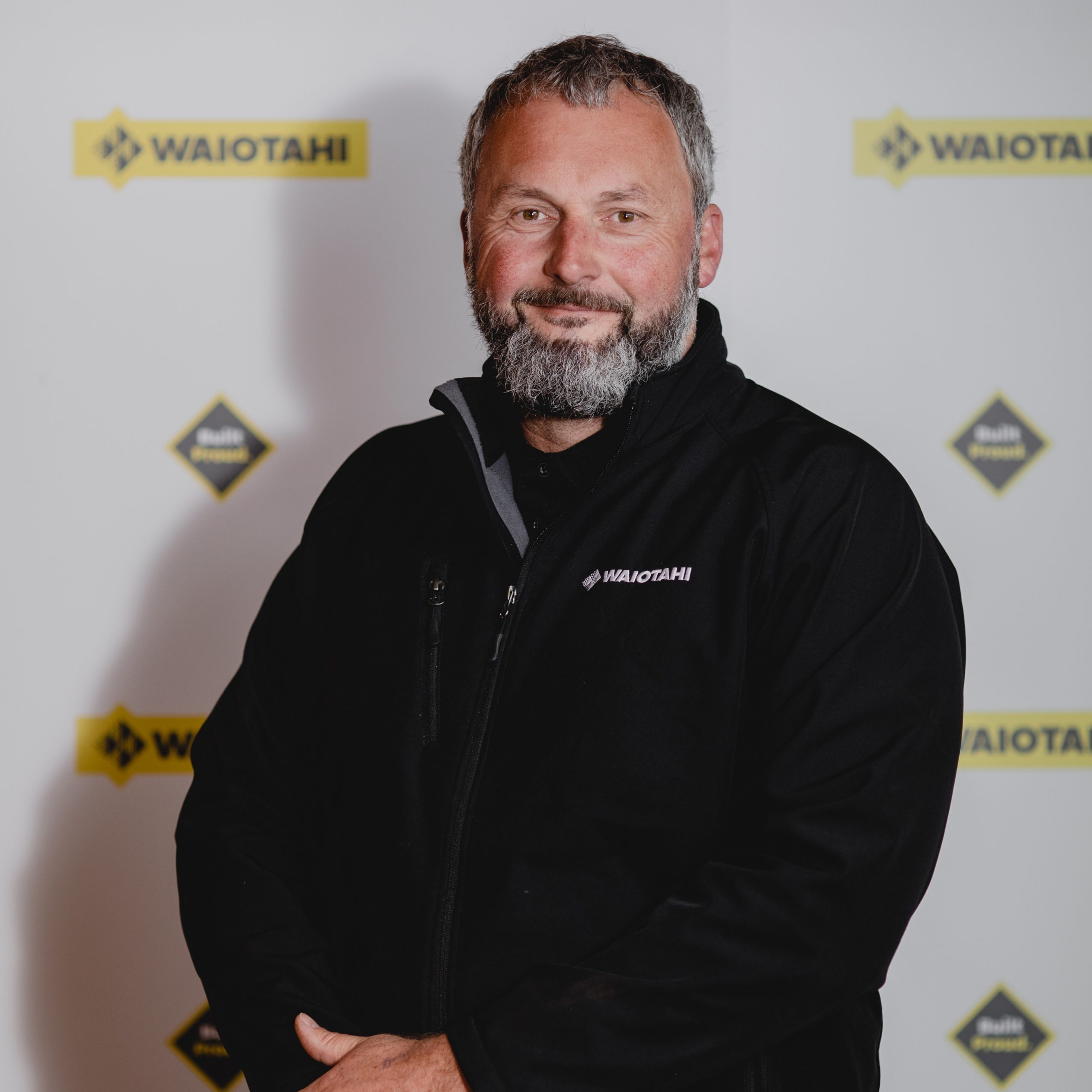 Stephen’s career with Waiotahi started with humble beginnings as a Workshop Assistant straight out of school.

In 1993 Stephen left Waiotahi to attend Auckland University to complete a Degree in Accounting.

Over the next 15 years he worked in various Finance roles across New Zealand and abroad working on financial development strategies, providing accountancy services and preparing management accounts and reports.

Stephen returned to Waiotahi in 2006 as the Company Finance Manager and continued in this role until 2015 when he was appointed Manager of the subsidiary company, Waiotahi Transport Ltd.

As Manager of Waiotahi Transport Ltd, Stephen manages the execution, direction, and coordination of all trucking activity.  He also manages budgets, organises schedules and ensures all vehicles are maintained and legal obligations are met.

He is keen to get in a truck whenever he gets the chance, is a MPI Accredited for import sea containers and holds a Class 5 Truck and Trailer License.  Stephen also holds a Commercial Helicopter Pilot License.

When Stephen was appointed Company Director in 2014, his proven ability to handle large workloads and extensive financial background were beneficial in this role. 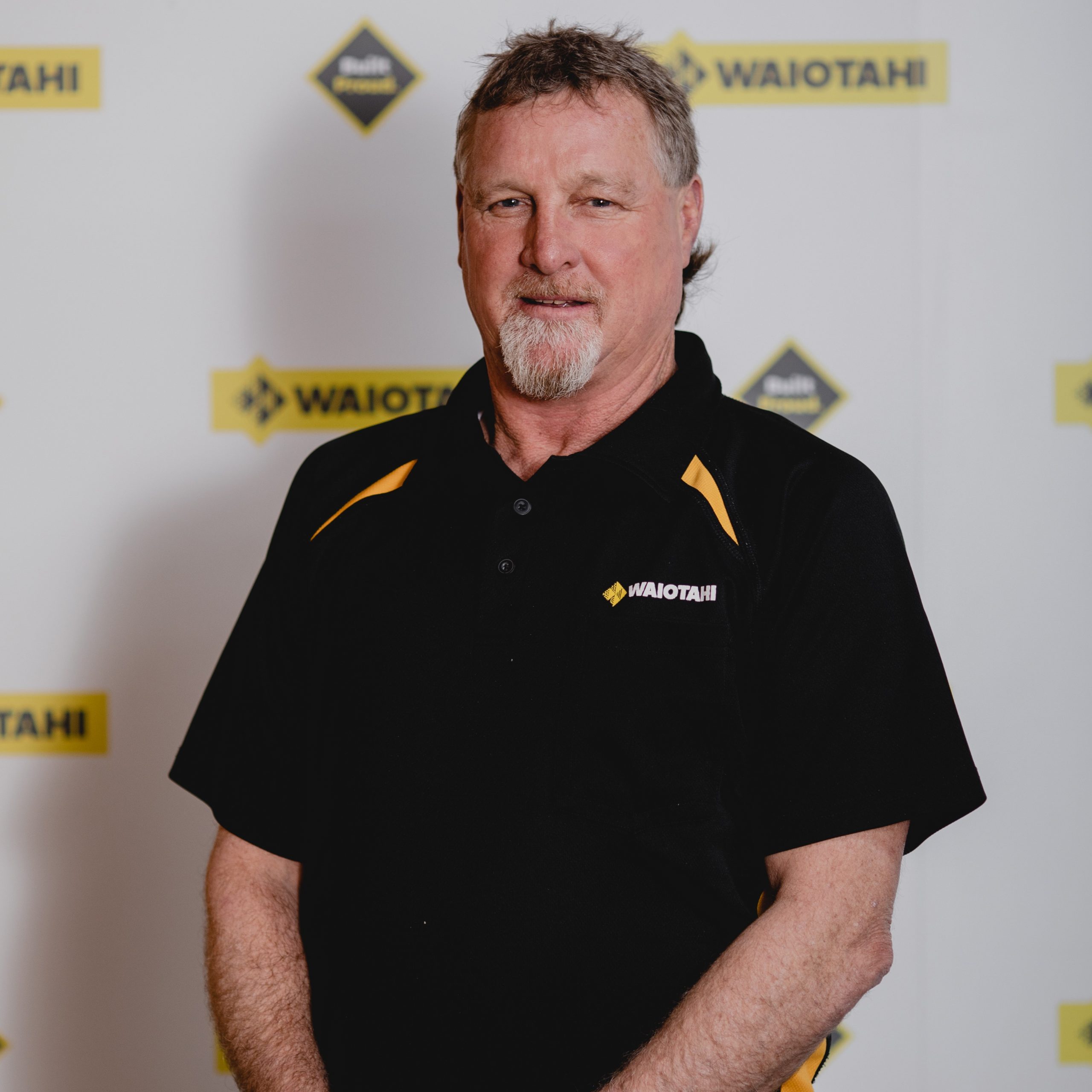 When it comes to trucking, there’s not much Spike doesn’t know.  From fixing, driving, managing and coordinating trucks – he has done it all.

Born and bred in Opotiki, Spike started in the Opotiki Workshop in 1988 where he worked as a mechanic for a couple of years before deciding he wanted to get behind the wheel of a truck.

He drove for the Opotiki Transport division for a number of years before being promoted to Transport Manager in 1998.

Spike was promoted to Opotiki Branch Manager in 2000 where he is responsible for coordinating, managing and monitoring the administration, contracting, transport, workshop and metal supplies divisions of the branch.

In 2002 Spike obtained a National Certificate in Extractive Industries.   With his Certificate of Competence as a B Grade Quarry Manager he has been heavily involved in the Opotiki Quarry operations over many years.

In 2003, Spike was appointed a Company Director, responsible for contributing towards achieving the company’s strategic and operational targets and overall business objectives.

Spike is a ‘hands on’ Director who is highly involved in the day-today activities and decisions of the Opotiki team and with his pro-active approach continually encourages and motivates his staff to fulfill Waiotahi’s company values.

History
How we work
Our values
Key people